Little gives me more pleasure than to look back at the contrast between the condition of the river when I bought it in 1997 and its condition now. Dunbeath estate is a working highland estate employing 20 people, some full time, some seasonal, all of whom are local to the area. A small part of our income derives from paying guests who come from all over the UK and beyond to enjoy fishing in the undisturbed natural habitat of the river. An even smaller part comes from the Angling Club, but that’s not what it’s there for. It exists to bring the community into our affairs, to encourage children to go out with a parent and experience at an early age the excitement of watching salmon run, to get people interested – and, to be frank, to eliminate the poaching that was the scourge of the estate under previous owners. (When I arrived there was talk of 900 fish being caught in the nets every summer.)

Launching the Club was one of the first things I did, with the great encouragement, let me say, of Mac (Henry) Young, the Head Water Bailiff, with Billy Milne and Alan Grant also as Bailiffs. It has up to twenty members. We meet once a year in April to discuss the previous season’s results, bank maintenance, croy restoration and any other points of improvement that have occurred to members during the Long Dark Hours.

Thanks to an excellent system of record-keeping and the recent electro-fishing of the river, we now have an accurate baseline from which the overall health of the Dunbeath Water can be judged. With our own resources and those of SEPA, we can monitor pretty well all aspects of the fish species in the main system and its tributaries. We can do nothing about the marine habitat beyond the limits of the harbour so we will always be at risk from that direction, but with this formal review and a degree of formal organisation, we have a louder voice to add pressure. Also and inevitably there is climate risk, to which we can respond in the ways set out earlier as and when the need arises. It is the intention of the management committee to publish annually on this website the findings of its monitoring processes.

At the outset (I think it was at our very first meeting), we split the river into three beats but this showed itself to be something of a nonsense since the river is essentially a spate river and all the pools come good at roughly the same time. So now we have just one rule, that no one should hog a pool but must move on if anyone else turns up.

One of the most important duties of Club members is to report catching any farmed salmon (none so far) or seeing any diseased fish (for instance with Gyrodactylis salaris or a heavy sea louse load). The potential for disease to enter the system is a constant worry to all involved with the river.

There are other rules beside the no-hogging one: fly only; all catches to be reported to the Estate office, not more than one fish per person per day to be killed; all fish heavier than 9 lbs and anything coloured to be returned to the river; members to be prepared to turn out for any large maintenance job; the modest annual subscriptions to be paid. This is how the Club works, and the proof of the pudding is there in the stats: 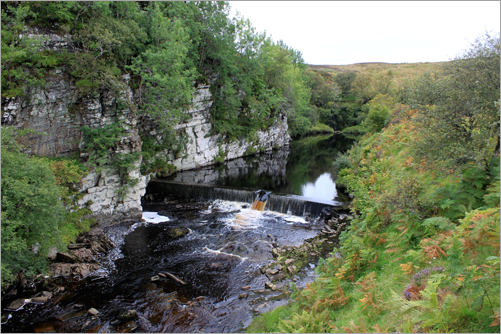 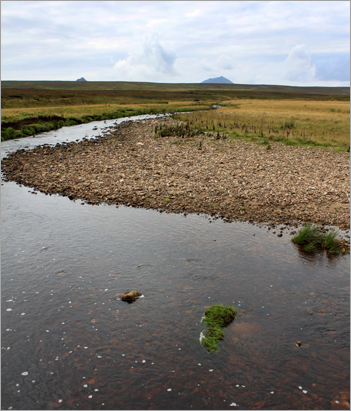 Morven & Maidens Pap in the distance

“The Atlantic salmon is a flagship species. If it doesn’t have the right water quality, the right water temperature and the right spawning grounds, it won’t enter the river. While it depends on the river, so does the river depend on it for an annual ingress of nutrients. It’s as simple as that. A salmon river without salmon is a dead river and who wants that? So you could say that it compels us to behave as we should behave and I for one am delighted by that.” 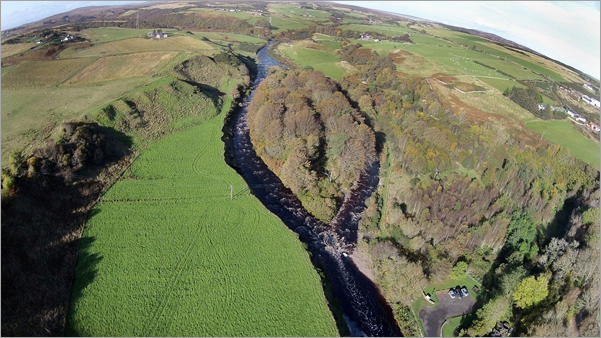 Going forward, our primary aims are to re-establish the spring run, refine our hatchery procedures to the highest international standard – and get as many children interested in the life of the river as is humanly possible. Alongside we will maintain the currently successful management, and encourage water quality and electro-fishing surveys. In short, we wish to make the Dunbeath Water a model for the many Scottish spate rivers that are comparable to it.