From early childhood and the back of my parents’ car en route to our home in central Caithness, I remember the steep road down the brae to the narrow bridge over Dunbeath Water and up t’other side past the attractive terrace of houses and the hotel which formed the village of Dunbeath. My awareness of this special river therefore goes back over 60 years. In the early 1970’s we were very friendly with the rumbustious Californian family who owned Dunbeath and came each summer for the sport and the hell of it. I remember fishing in the Falls Pool and skimming stones with my children in the Bothy Pool, sunlit summer after sunlit summer!  The Californian family passed the Estate on to another older and more serious-minded American family, and my contact with the river relaxed until, in 1997, my wife and I bought Dunbeath Estate.

of the Dunbeath Water Plan

1. To monitor, maintain and improve the conservation status of the river and its catchment.

2. To improve ecological understanding of the river, and the biology of its salmon.

3. To achieve a sustainable yield of salmon from the river.

4. To maintain a small restocking program using native Dunbeath broodstock, and test its effectiveness for achieving a sustainable yield of salmon.

5. To use aspects of the river plan for local education.

Justification for the Plan

A political mood has emerged in Edinburgh in the past few years that seeks to redistribute the powers given to District Fishery Boards by Victorian-era legislation. This is coming to a head with the Weelhouse review currently in progress. It is expected that the domination of District Boards by riparian owners will be substantially diluted; that a system of governance involving public bodies such as SEPA and Marine Scotland will evolve, and that this system will demand of all proprietors the highest possible standards of freshwater management. The emphasis will change from the study of annual catch statistics to long-term conservation of river systems, their habitat and their coastal waters, all of which have socio-economic significance beyond the daily concerns of anglers.

It therefore behoves all progressive riparian owners to promote at the earliest opportunity the latest knowledge concerning the management of salmon rivers. In an ideal world, where money was readily available, this would commence with historical and current surveys to establish both baseline data and potential, and more forward to a fish counter which quantifies the number of adults returning, and employing genetic testing to establish gene pool structure and depth, including further baseline testing. From this a clear picture of the health of a salmon river over a number of years could be plotted, allowing both understanding and effective management.

The Dunbeath Water Management Plan lays out the various stages of this work, and formalises the past, present and future investment and commitment to the river. The Dunbeath Water resides under sole ownership which has allowed unhampered and considerable improvements in maintenance and management. This plan continues these improvements, setting the aims and actions within a more formal structure for all 'users' of the river, and alongside related Fishery Board plans. The plan recognises the responsibility of ownership, and the importance of the ecology and economy of this river, both locally and beyond. The plan incorporates up-to-date knowledge on salmon river management, applying best practice to ensure long-term conservation of the river and its habitat, and aiming to maintain the salmon run at the maximum that can be naturally sustained by the Dunbeath Water.

Although the plan has the ecological health of the Dunbeath Water at its heart, it recognises the importance of socio-economic benefits and therefore adheres to the Scottish Government’s ‘Strategic Framework for Scottish Freshwater Fisheries’ published in 2008 (http://www.scotland.gov.uk/Publications/2008/06/26110733/0).

Through the middle of this large Highland Estate ran the Dunbeath Water. From gentle peaty banks in the upper river high on the Flow, the river runs eastwards to the more rugged coastal strip, where it has eroded its way through Old Devonian red sandstone obstacles to dramatic effect at the Bothy Pool, Loedebest, and Prisoner’s Leap. Despite its natural beauty, it quickly became apparent that this characterful salmon river had become rather unloved and neglected. Most of the original stone croys had been washed out over the years by regular spates that rushed down the river, leaving only three concrete stems around the Falls Pool. The river seemed to get most of its attention from the poaching fraternity, and when we took on the Estate, a salmon expert declared it a ‘dead river’. I did not agree and resolved to return the river to former glories when salmon and trout, keystone species in these highland spate rivers, were abundant, with reports of up to 900 fish being netted from the system in a year. 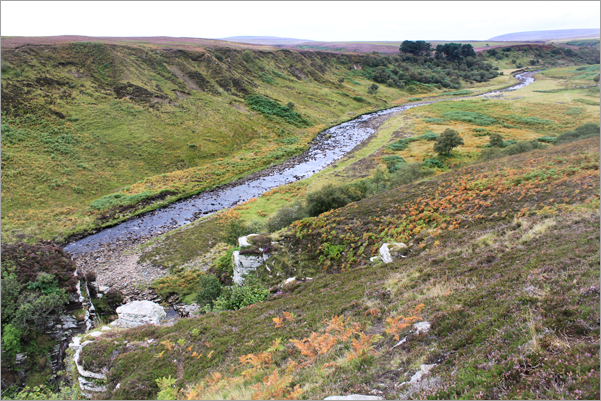 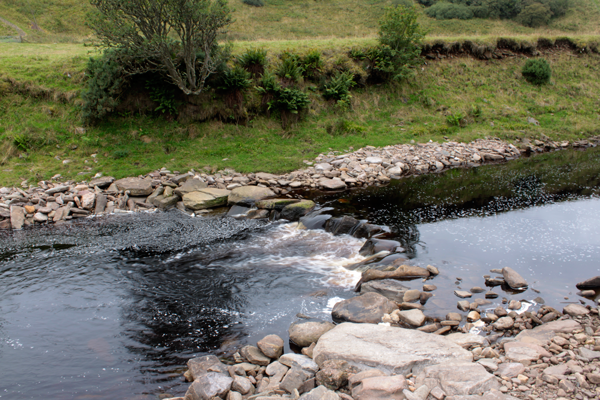 Very early in our ownership, the gamekeeper had caught a group of men netting the river for salmon, all of whom had run off, leaving one simple soul holding the net end. Before I had knowledge of the incident, the matter had been reported to the police and referred to the procurator fiscal, whereupon the unfortunate soul was prosecuted. I realised that running a Highland Estate is fraught with community challenges, and the locals need an opportunity to be part of the resource. It was clear that absenteeism by the previous four Dunbeath Estate owners had encouraged some of the locals to treat the river with sole consideration for short-term gain. My wife and I were determined from the start that Dunbeath was to become our home, and one important job was to adopt a fresh approach to the river and try to reverse the neglect that the Dunbeath Water had endured.

I had heard of other rivers on which a local Angling Club had been formed to try to curtail the poaching and decided that this approach might prove beneficial on the Dunbeath. I gathered a somewhat surprised group of locals together, and after discussing which particular names we could all call each other, I ventured that the Angling Club might be the one for me to call them, and that I would be looking to them for a modest annual charge for membership! I asked for three things in addition: help with local policing of the river, fishing to be by fly only, and catches to be recorded in the Estate Office. In return, I would invest annually in the river by way of restoration of croys, and general habitat improvements, and the Club members would have rights to fish, along with the owner and his guests. The Club was duly formed, with a constitution that whoever owned the Estate was its Chairman, and that annual meetings to review progress would take place. This community involvement through the Dunbeath Angling Club had the immediate effect of “netting” the poachers, as well as recording catches so that fishing and sustainable harvest can be better managed. The poaching practices came to an almost complete stop. In 1997 there were no recorded catches, and in 2012 there were 270 salmon, grilse and sea trout caught to the rod.

I hope this foreword gives some indication of my sense of responsibility to the Dunbeath Water, and that I have encouraged local participation. After careful management and considerable effort, the Dunbeath Water is currently in a healthy state. The purpose of this plan is to review past management changes, document current ones, and outline plans for the river’s future, while scoping for challenges ahead. I am committed to ensuring that a management structure is in place for this most interesting small river and its catchment, primarily to preserve its natural ecological health, whilst also contributing to the local socio-economic framework. 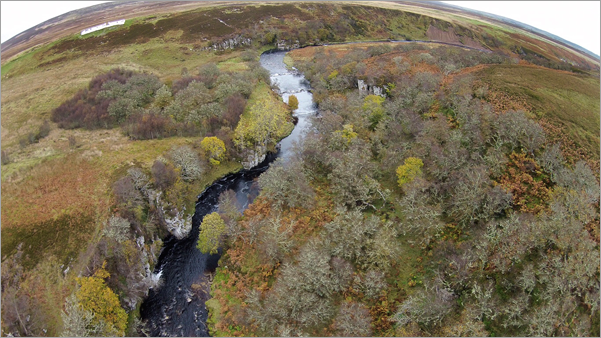